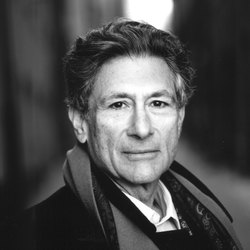 Ideas, cultures, and histories cannot seriously be understood or studied without their force, or more precisely their configurations of power, also being studied.

The Orient that appears in Orientalism, then, is a system of representations framed by a whole set of forces that brought the Orient into Western learning, Western consciousness, and later, Western empire. ... The Orient is the stage on which the whole East is confined. On this stage will appear the figures whose role it is to represent the larger whole from which they emanate. The Orient then seems to be, not an unlimited extension beyond the familiar European world, but rather a closed field, a theatrical stage affixed to Europe.