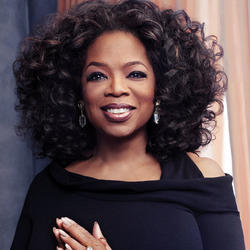 I believe that every single event in life happens in an opportunity to choose love over fear.

But we always knew that hope is not blind optimism. It's not ignoring the enormity of the tasks ahead or the roadblocks that stand in our path. It's not sitting on the sidelines or shirking from a fight. Hope is that thing inside us that insists, despite all the evidence to the contrary, that something better awaits us if we have the courage to reach for it and to work for it and to fight for it.

Hope is the bedrock of this nation. The belief that our destiny will not be written for us, but by us, by all those men and women who are not content to settle for the world as it is, who have the courage to remake the world as it should be.

We know the battle ahead will be long, but always remember that no matter what obstacles stand in our way, nothing can stand in the way of the power of millions of voices calling for change.

There was no such thing as Al Qaeda in Iraq, until George Bush and John McCain decided to invade Iraq.

I've got two daughters, nine years old and six years old. I am going to teach them first of all about values and morals. But if they make a mistake, I don't want them punished with a baby.

So it’s not surprising then that they get bitter, they cling to guns or religion or antipathy towards people who aren’t like them or anti-immigrant sentiment or anti-trade sentiment as a way to explain their frustrations.

I am reminded every day of my life, if not by events, then by my wife, that I am not a perfect man.

We cannot continue to rely only on our military in order to achieve the national security objectives that we've set. We've got to have a civilian national security force that's just as powerful, just as strong, just as well-funded.

We can restore confidence in our economy and renew that fundamental belief – that here in America, our destiny is not written for us, but by us.

Working together we can move beyond some of our old racial wounds, and that in fact we have no choice. We have no choice if we are to continue on the path of a more perfect union.

Partnership and cooperation among nations is not a choice; it is the one way, the only way, to protect our common security and advance our common humanity. That is why the greatest danger of all is to allow new walls to divide us from one another.

History reminds us that walls can be torn down. But the task is never easy. True partnership and true progress requires constant work and sustained sacrifice. They require sharing the burdens of development and diplomacy; of progress and peace. They require allies who will listen to each other, learn from each other and, most of all, trust each other.

People of Berlin — and people of the world — the scale of our challenge is great. The road ahead will be long. But I come before you to say that we are heirs to a struggle for freedom. We are a people of improbable hope. With an eye toward the future, with resolve in our hearts, let us remember this history, and answer our destiny, and remake the world once again.

This is our moment. This is our time, to put our people back to work and open doors of opportunity for our kids; to restore prosperity and promote the cause of peace; to reclaim the American Dream and reaffirm that fundamental truth, that, out of many, we are one; that while we breathe, we hope. And where we are met with cynicism and doubts and those who tell us that we can't, we will respond with that timeless creed that sums up the spirit of a people: Yes, we can.

If premarital sex is a sin, who is the victim?