A woman who is denied an education is denied equality. 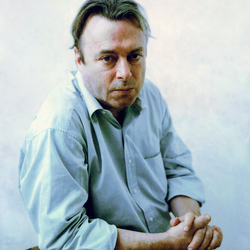 Emancipate yourself from the idea of a celestial dictatorship and you've taken the first step to becoming free. 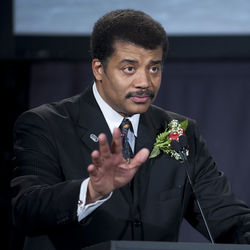 Creativity is seeing what everyone else sees, but then thinking a new thought that has never been thought before and expressing it somehow.

Violence is a dead end. It is a sign of neither courage nor power to shoot rockets at sleeping children, or to blow up old women on a bus. That is not how moral authority is claimed; that is how it is surrendered.

Suppressing ideas never succeeds in making them go away.

We will rebuild, we will recover, and the United States of America will emerge stronger than before.

We have a choice. We can shape our future, or let events shape it for us. And if we want to succeed, we can't fall back on the stale debates and old divides that won't move us forward.

Don’t shortchange the future, because of fear in the present.

No person wants to live in a society where the rule of law gives way to the rule of brutality and bribery. This—that is not democracy; that is tyranny, even if occasionally you sprinkle an election in there.

is mess and then suddenly say, "Well this is Obama's economy." That's fine. Give it to me. My job is to solve problems, not to stand on the sidelines and carp and gripe. So, I welcome the job. I want the responsibility.

Democracy cannot be imposed on any nation from the outside. Each society must search for its own path, and no path is perfect.

We remain a young nation, but in the words of Scripture, the time has come to set aside childish things. The time has come to reaffirm our enduring spirit; to choose our better history; to carry forward that precious gift, that noble idea, passed on from generation to generation: the God-given promise that all are equal, all are free, and all deserve a chance to pursue their full measure of happiness..

In reaffirming the greatness of our nation, we understand that greatness is never a given. It must be earned. Our journey has never been one of short-cuts or settling for less. It has not been the path for the faint-hearted — for those who prefer leisure over work, or seek only the pleasures of riches and fame. Rather, it has been the risk-takers, the doers, the makers of things — some celebrated but more often men and women obscure in their labor, who have carried us up the long, rugged path towards prosperity and freedom.

Starting today, we must pick ourselves up, dust ourselves off, and begin again the work of remaking America.

We will not apologize for our way of life, nor will we waver in its defense, and for those who seek to advance their aims by inducing terror and slaughtering innocents, we say to you now that our spirit is stronger and cannot be broken; you cannot outlast us, and we will defeat you.

We can no longer afford indifference to suffering outside our borders; nor can we consume the world's resources without regard to effect. For the world has changed, and we must change with it.

We're here today because of the courage of those who stood up, and took risks, to say that freedom is a right for all people, no matter what side of a wall they live on, and no matter what they look like.

Moral leadership is more powerful than any weapon.

For peace to come, it is time for them - and all of us - to live up to our responsibilities.